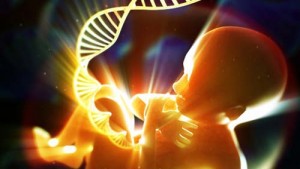 Professor Julian Savulescu, editor-in-chief of the Journal of Medical Ethics, said that creating so-called designer babies could be considered a “moral obligation” as it makes them grow up into “ethically better children”, this based on a few genetic links to ‘personality disorders’.

He said that we should actively give parents the choice to screen out personality flaws in their children as it meant they were then less likely to “harm themselves and others”.

Studies show that the child’s upbringing, including parenthood and schooling methods are the root causes of many ‘personality flaws’.  Other studies give strong evidence that nutrition, meditation and exercise greatly influence behavioural patterns and emotional well-being. This entire theory is also blind to the side effects of many medicines, vaccines, food additives and (some) GMO foods that have been proven to affect psychological behaviour, and this isn’t even touching on the possible beneficial use of marijuana and other substances for those with undesired personality traits.

“Surely trying to ensure that your children have the best, or a good enough, opportunity for a great life is responsible parenting?” wrote Prof Savulescu, the Uehiro Professor in practical ethics. Clearly without thinking of the potentially worse side effects of this theoretical treatment.

Professor Savulescu goes on to say that science is increasingly discovering that genes have a significant influence on personality — with certain genetic markers in embryo suggesting future characteristics.

In the end, he said, “rational design” would help lead to a better, more intelligent and less violent society in the future. Definitely something westernised nations will be pushing for – obedience.

Indeed, when it comes to screening out personality flaws, such as potential alcoholism, psychopathy and disposition to violence, you could argue that people have a moral obligation to select ethically better children. They are, after all, less likely to harm themselves and others.

He said that “we already routinely screen embryos and fetuses for conditions such as cystic fibrosis and Down’s syndrome and couples can test embryos for inherited bowel and breast cancer genes. Rational design is just a natural extension of this.”  ”Natural extension” he said.

He said that unlike the eugenics movements, which fell out of favour when it was adopted by the Nazis, the system would be voluntary and allow parents to choose the characteristics of their children.

Many human genes have also been patented which raises huge ethical questions, as explained by the American Civil Liberties Union (ACLU):

A 2005 study found that 4,382 of the 23,688 human genes in the National Center for Biotechnology Information’s gene database are explicitly claimed as intellectual property.  This means that nearly 20% of human genes are patented.

Whether we like it or not, the future of humanity is in our hands now. Rather than fearing genetics, we should embrace it. We can do better than chance.

This type of genetic modification, called cytoplasmic transfer already results in a slightly higher chance of death and some have already been diagnosed with autism.

It seems that while we do not have freedom to smoke a plant or to gain access to effective cancer treating drugs such as DCA due to insufficient testing, the modification of the human species is taken lightly. Who knows what purposeful and accidental modifications will come from this.