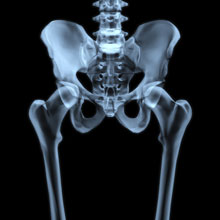 (NaturalNews) Hypothyroidism is a fairly common disorder, caused by low levels of thyroid hormones. With the availability of either natural hormones taken from animals, or synthetic hormones (levothyroxine), doctors now treat the disorder by replacing the missing thyroid hormones. A recent study for the British Medical Journal found that elderly people with high levels of the artificial hormone may have an increased risk of bone fracture.

Hormones secreted by the thyroid gland are critically important to health because they affect the metabolism of every cell in the body. Thyroid hormones regulate the metabolism of glucose to release energy, as well as affecting protein synthesis and metabolism of fats.

The British Medical Journal study was done at the Women’s College Research Institute in Toronto, where researchers looked at 213,500 people aged 70 or over. Patients in the study received at least one prescription for levothyroxine (the synthetic hormone) between 2002 and 2007. Results showed a significantly increased risk of fracture in people who were either taking or had recently taken levothyroxine.

As people grow older, there is a greater likelihood of diminished levels of thyroid hormones, with possibly as many as 20% of older people receiving treatment for hypothyroidism. But as doctors treat the disease by administering hormones, one of the possible side effects is a decrease in bone density. In some cases, bone density may reach the point that broken bones become more likely.

A researcher from the British Medical Journal study said that the condition needs more study, as not enough is known about the link between thyroid hormone and bone density in the elderly. A study published in 2010 on the link in elderly men did not find a decrease in bone density, but a study the same year in The Journal of Clinical Endocrinology and Metabolism did find such a link in postmenopausal women. A 2010 review article looking at drug-induced osteoporosis also noted high doses of thyroxine as a possible cause of low bone density in postmenopausal women.

Patients who are receiving hormone therapy should have hormone levels checked regularly, to see that levels do not grow too high, or for that matter too low. Some patients may not wish to take hormones acquired from animals, but the synthetic form of the hormone, levothyroxine, like any artificial drug, has the potential for side effects.

One of the researchers, Dr Lorraine Lipscombe, said the study showed a need to more closely monitor medical levels “in this vulnerable population”.

Sources for this article:
http://www.bbc.co.uk/news/health-13…